Drupal or WordPress: which Open Source CMS is best for your project?

As a digital agency specialising in utilising Open Source technologies to deliver value to our clients, IE regularly reviews the landscape of Open Source Content Management Systems - to ensure we’re investing in training our staff in the best tools for the projects at hand.

For many years, IE’s CMS of choice was Drupal, but in recent years we’ve found ourselves working with more WordPress sites - initially out of clients’ fixed requirements, such as developing an existing WordPress website.

These days we’ve got the luxury of having a great depth of in-house expertise with both platforms, so the question of which to use is no longer that of which we know best - but of which will deliver greatest value to the project at hand.

Anyone who’s spoken to a reasonable amount of digital agencies, freelancers or contract developers, will know that you’ll find equally passionate advocates of both Drupal and WordPress - each insisting that their preference is the right choice in almost every situation. So who’s right? Well, in this blog I’ll take you through how IE - as an expert Drupal and WordPress digital agency - decides which platform would be best for any given project.

Drupal was developed by founder Dries Buytaert as a message board, and in 2001 it was expanded into an Open Source project, allowing vast collaborative development. It consists of a main codebase (referred to as the Core) and supplementary modules that expand its functionality. With 1.3 million community members, Drupal is the largest Open Source community, by members, in the world. Over 7,000 Drupal 8 websites are released every month, and uptake of the platform has grown 35% year on year. Over 2% of all websites in the world use Drupal for the ‘back end’ - using its incredibly flexible platform to power everything from corporate websites to enterprise-level integrated digital experiences.

WordPress was originally created as a blogging platform. Over the years, it has been extended to provide the flexibility to build all manner of other types of sites - including online shops, forums, membership sites and more. WordPress uses plugins to expand its functionality, in a similar way to how Drupal uses modules, and it also features a mobile app that allows site editors to post, edit and monitor content on-the-go. WordPress has the largest market share of any CMS - currently powering a whopping 30% of all the world’s websites.

Drupal or WordPress - how does IE decide?

It took IE over five years of developing our own in-house CMS - which was extended, tweaked and developed with each project - to recognise that there could never be an adequate ‘one size fits all’ platform for any given web project.

These days we recognise that for each project, there exists a range of suitable platforms whose ‘fits’ range from awful (you can shoehorn almost any solution onto any platform, no matter how badly it fits, with enough dedication!) to excellent.

So there’s no single perfect CMS out there, but what IE has found is that, between Drupal and WordPress, we have most of the bases covered. There are exceptions of course - and that’s where IE turns to building more bespoke web applications on frameworks like Laravel - but even those exceptions are often built alongside a Drupal or WordPress deployment, which handles the content management component of the overall solution.

Back then, to the question of choice - Drupal or WordPress? To inform our choice for each project, IE has created a set of guiding questions aimed at determining which CMS is the best ‘fit’.

Question 1: What are the current requirements?

This question gives us a handle on the scope (complexity of requirements) and scale (volume of pages, data, users, information, etc.) of a project. The general rule we apply here is that as a project increases in scope and scale - perhaps due to integration with third party systems such as a CRM or LMS, strict security requirements, or complicated user flows for multiple user types - the more likely IE is to recommend Drupal as the best CMS for the job.

If, on the other hand, your project’s primary focus to create a strong web presence to boost visibility, and serve on-brand information with a simple editing experience, Drupal may well be overkill and we’d probably recommend WordPress - with its powerful suite of SEO tools, intuitive editorial controls, and ease of setup.

That’s not to say that WordPress isn’t capable of powering anything more complex than a simple “brochureware” website - just that Drupal is a more enterprise-level solution, and usually better equipped as a platform on which to build larger, more complex projects.

Question 2: What are the future requirements?

This is a key question that ties in with the first. IE has found over the years that WordPress websites which start small and grow organically over several years, have a tendency to become problematic from a support and maintenance standpoint. Of course, it’s possible to create a poorly made website on any CMS(!), but because the Drupal platform requires a more disciplined approach to development - and its contributed modules are subject to a more rigorous testing and approval process - it tends to fare better as a platform on which to build potentially unknown future extensions. There is no such thing as “future-proof” - but you could say that as a foundational platform, in most cases, Drupal provides a more future-proof starting point than WordPress.

With IE, in most cases, the same website built in WordPress or Drupal will cost the same amount. However, with small projects and tight budgets, we find WordPress often comes up trumps as the CMS we recommend - largely because of its expansive marketplace of pre-built themes, which allows bespoke UX and visual design to be bypassed in favour of a “theme skinning” approach that takes significantly less time. The end result might not be as distinctive - but if a tailored UX and visual design isn’t high on the list of priorities, using an on-the-shelf theme saves time that can be used to deliver added value in other areas of the build.

In general, Drupal takes longer to set up and requires more development effort up-front, which means that when projects get really small, it struggles to compete with the likes of WordPress for getting a good-looking simple website up and running as quickly and cheaply as possible.

Question 4: Is there an existing preference?

Sometimes, when everything else has been considered and there’s still no daylight separating the choices, which way the scales tip can simply be a case of overarching preference for one system over another.

It might be that internal staff are already familiar with a particular CMS, and it would be less disruptive all-round to stick with it and avoid the need for re-training. On the other hand, internal staff might dislike the current CMS and leap at the chance to change! Maybe there’s some in-house expertise that can be leveraged (either during the project or in the future) if a particular system was chosen, or perhaps a few trusted freelancers only work with one of the platforms.

Whichever way the pendulum swings and whatever the deciding factor, IE will always advise on how to squeeze the greatest possible value out of every pound spent.

WordPress is fab for small builds - if you’re a small non-profit organisation and you just need a simple website or a blog, it’s the natural choice. WordPress websites can be delivered quickly and relatively cheaply. Developers are readily available, so it will be easy to find agencies/freelancers to support you, or join your in-house team - further helping to keep your costs down. In the right hands, Drupal is an outstanding tool, with the depth and flexibility to build really powerful web solutions. It’s capable of organising a vast amount of content, integrating seamlessly with third-party systems, and it’s massively upward-scaling. But just like a high performance rally car needs a good driver and experienced navigator to get the most out of it in a race - Drupal needs talented developers and knowledgeable consultants to deliver award-winning results.

What do you use currently and why? Are you thinking about making a change? Let me know via email at ed.wilkinson@iedigital.co.uk! 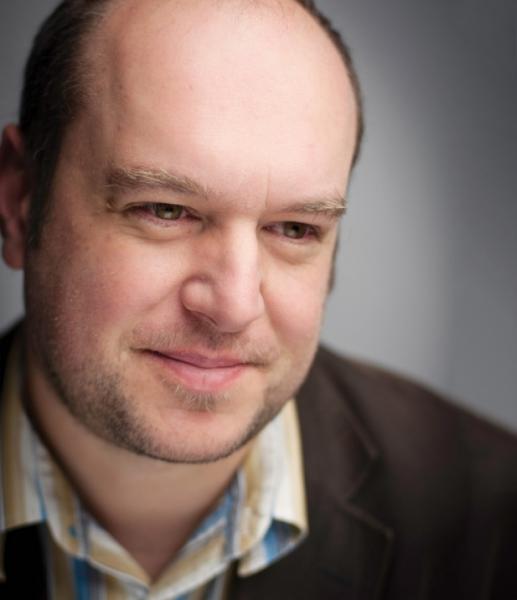